It says a lot about the state of modest fashion when experts aren’t blown away by the news that global brand Tommy Hilfiger is revealing its first hijab on August 24.

“Already anticipated”, “not too exciting for me”, were what two modest fashion industry experts said about Tommy’s new hijab.

Their nonchalant response says a lot about how much the modest fashion industry has developed since January 2016 when Dolce and Gabbana’s debut abaya collection was a BIG THING for the Islamic economy.

Fast-forward five years and enough two-way mainstreaming has happened—global brands offering modest options and the niche sector sharing some of that mainstream limelight—to elicit an almost non-response from just about everyone about a new designer hijab.

Franka Soeria of Indonesia-based #Markamarie, and the co-founder of the Council of Modest Fashion, and Modest Fashion Weeks, said it best. “I guess modest fashion now has gained its best visibility and has made the mainstream fashion brands want to do it too,” said Franka.

But of course, that’s not the whole story. The bigger story behind the announcement of Tommy’s new hijab is how far we’ve come with regards the conversation of the issues arising from the intersection of the big global fashion world, led by the Western countries, and the very much smaller modest fashion sector dominated by Muslim women.

Dilyara Sadrieva, co-founder of Modestrussia.com and a ten-year veteran of the modest fashion industry, said Tommy’s move isn’t “a big deal” or “sensation”, and that like many other brands, it is testing the modest market and customer. What could be a big deal, according to Dilyara, is if a brand like Tommy Hilfiger regularly produced modest collections and not just use modest fashion to prop up their diversity and inclusion credentials.

“Brands that want to cater to our (modest) customer should carefully research real needs, values and ethics of the modest fashion customer and take it into consideration,” said Dilyara.

Franka concurs. “My thinking is, anyone can do modest fashion as long as they understand the guidelines. What would be perfect is if they include modest (fashion) people in the process so that at least they create the products that people need,” said Franka.

In South Africa, Roshan Isaacs, regional director of the Council of Modest Fashion AFRICA and owner of ethical jewellery brand No Memo, believes that from the economic perspective, Tommy Hilfiger “has latched onto the enormously growing modest fashion sector” but that if designers want to expand consumer sales, they must also tap into the ethical value chain.

"More consumers are seeking fashion that is ethically sourced, manufactured, and produced.  The sooner high fashion brands seek out ethical means of creating and distributing their fashion, the sooner they will reap the benefits from consumers’ ethical buying habits,” said Roshan.

The company that owns Tommy Hilfiger, PVH Corp, has probably been taking copious notes from fashion insiders such as Franka, Dilyara, and Roshan. A month before Tommy announced the unveiling of its first hijab, PVH Corp on July 8 released a statement of a $5 million annual commitment for the next three years to “advance the representation of black, indigenous and people of colour (BIPOC) within the fashion and creative industries”.

PVH Corp’s “People’s Place Program” is a “call to action” for Tommy Hilfiger himself as well as his brand, said PVH Corp, amid the Black Lives Matter movement in the United States.  It is one of many companies in the U.S. stepping up to do better with regards diversity and address racial inequality.

PVH Corp said the Tommy Hilfiger brand will “enhance its diverse talent pipeline, focusing on purpose-led collaborations that specifically increase minority visibility” and “partner with organisations and creative peers whose mission is to advance BIPOC representation and equity in the fashion industry”.

Explaining the move, Tommy Hilfiger himself said: “We are far behind where we should be in achieving diverse representation. It shouldn’t have taken us this long to acknowledge that, but we are determined and committed to changing it going forward.”

PVH Corp said “a governance structure to oversee” the programme is being built while its team is “currently engaging in discussions with industry peers and partners who can help advance the platform mission and maximise impact throughout the fashion landscape”.

Its CEO Manny Chirico told CNBC that the company will come up with meaningful targets over the next few months to be “accountable to ourselves and our stakeholders”.

The $5 million sounds a lot considering the current economic downturn and how many modest fashion brands and shops are either closing down or struggling, according to Dilyara and Roshan.

And while PVH Corp and Tommy Hilfiger are still figuring out how to move forward with regards meaningful diversity and inclusion, there is still a chance for the modest fashion industry to knock on its door to suggest ideas.

Franka has one for brands like Tommy Hilfiger to start with: Join the community events as a gesture that they really care. 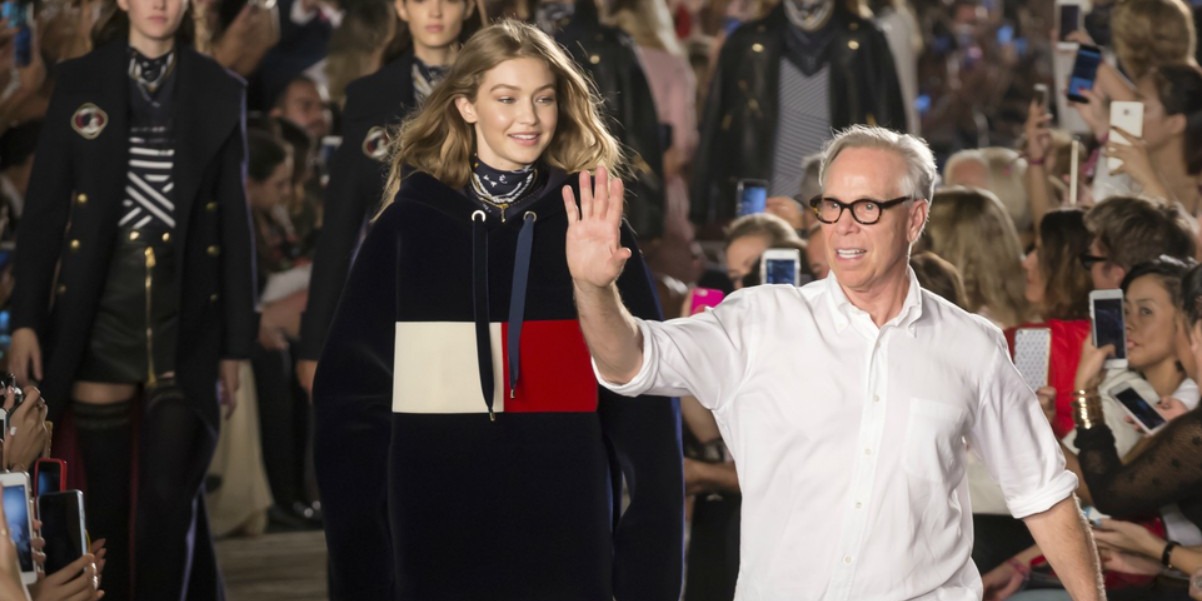 Tommy Hilfiger is unveiling its first hijab but the bigger story is meaningful minority inclusion
It says a lot about the state of modest fashion when experts aren’t blown away by the news that global brand Tommy Hilfiger is revealing its first hijab on August 24. “Already..
https://www.salaamgateway.com/story/tommy-hilfiger-is-unveiling-its-first-hijab-but-the-bigger-story-is-meaningful-minority-inclusion