Photo: Worshippers at the Kaaba in the Masjid Al Haram in Makkah, Saudi Arabia in April, 2019.

Umrah to restart in stages from October 4

Saudi Arabia will re-open for umrah in four stages starting from October 4.

The first stage will allow umrah for Saudi citizens and residents in the country, capped at 6,000 pilgrims a day and subject to health and social distancing precautionary measures, state news agency SPA reported on Tuesday (September 22) citing the Ministry of Interior.

Stage two will start on October 18. It will still only allow umrah for citizens and residents in Saudi Arabia but the number of pilgrims will be increased to a maximum of 15,000 per day in the Masjid al Haram in Makkah  and 75% of the capacity for the Raudah at Masjid al Nabawi in Madinah.

Saudi Arabia will then re-open umrah to pilgrims from outside the country in Stage Three from November 1. 20,000 pilgrims per day will be allowed into Masjid al Haram and 100% capacity for Masjid al Nabawi.

Umrah pilgrims from abroad will be admitted gradually, starting with those from countries that are free from health risks related to the COVID-19 pandemic, reported SPA.

Stage Four, which is a complete re-opening at 100% capacity for Masjid al Haram and Masjid al Nabawi, will only kick in when Saudi authorities decide there are no dangers or risks from the pandemic.

Health and social distancing measures will apply throughout all three stages.

Approval for umrah will be regulated using a new app called Etamarna that will be launched by the Saudi Ministry for Hajj and Umrah.

Saudi authorities suspended umrah in late February as part of measures to limit the spread of COVID-19 that also included grounding international flights in March. The Kingdom eased the suspension of inbound and outbound international flights on September 15. Domestic flights restarted on May 31. 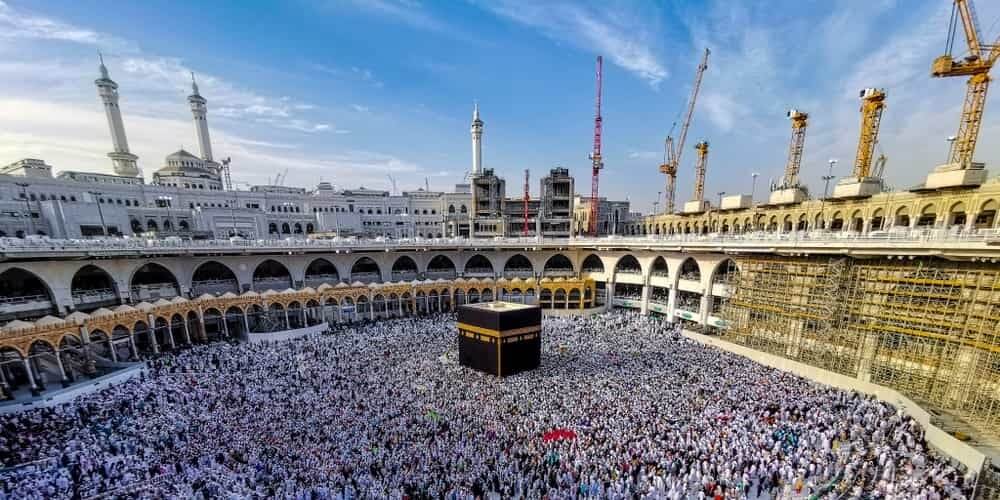 Umrah to restart in stages from October 4
Saudi Arabia will re-open for umrah in four stages starting from October 4. The first stage will allow umrah for Saudi citizens and residents in the country, capped at 6,000 pilgrims a da..
https://www.salaamgateway.com/story/umrah-to-restart-in-stages-from-october-4