Photo: A young Syrian refugee holds blankets after a UNHCR distribution of core relief items at the flooded Informal settlement of Bar Elias in Beekaa Valley, on the second day of storm Norma. Photo supplied by UNHCR

This article is sponsored by UNHCR. It was first published in the State of the Global Islamic Economy 2019/20 report produced by DinarStandard and supported by the Dubai Islamic Economy Development Centre. The report can be downloaded from here.

Global displacement is at an all-time high. Across the globe, wars, violence and persecution continue to push record numbers of people from their home. UNHCR, the UN Refugee Agency estimates that an average of 37,000 people were uprooted from their homes every day in 2018.

We are living through turbulent times, and witnessing record numbers of people forced to run for their lives in search of safety, both within their own countries and across borders. By the close of 2018, 70.8 million people were displaced, this is a number larger than the population of the United Kingdom. Of them, 20.4 million are refugees under UNHCR’s mandate, nearly double what it was in 2012 when it stood at 10.5 million.

This rapid growth in displacement continues to outpace the rate at which solutions are being found for people who become displaced. Multiple crises across the world are competing for recourses and aid agencies are threatened by donor fatigue. Dwindling international funding is having a severe impact on aid agency’s ability to deliver timely assistance to displaced people.

UNHCR is one agency impacted by dwindling resources, facing a funding gap of 57% for its global operations. This is having a direct impact on its ability to deliver lifesaving assistance to those in need.

Many of these refugees, 15.9 million to be precise (78 per cent of all refugees) were in protracted situations at the end of 2018. Of this number, 5.8 million have been refugees for over 20 years. The protracted nature of these crises and their increasingly complex nature has made it evident that there is a need for new and innovative approaches to addressing the immediate and long term needs of people in displacement.

These realities, hence, require a global effort and a whole community approach, and Islamic finance and philanthropy is one such solution, with a big role to play in the alleviation and support of one of the world’s largest humanitarian crises. Acknowledging the potential of the Muslim world to transform philanthropy through  obligatory alms, UNHCR launched, in May 2019, The Refugee Zakat Fund; a Sharia-compliant, global structure, that transformed UNHCR’s existing Zakat program into a global fund aimed at aiding the most vulnerable displaced populations, while meeting the needs of Islamic institutions as well as individuals in fulfilling their social responsibility. The Fund allows UNHCR to diversify available donation options in support of displaced children, women and men in need.

Research shows that global Zakat giving stands at US$76 billion worldwide, and could potentially reach an amount as high as US$ 356 billion, if proper mechanisms are in place for Muslims to safely fulfill their Zakat obligations.

Since its launch, we have witnessed a tremendous positive turnout of support from the community, with the Refugee Zakat Fund, raising US$38.1 million thanks to generous contributions from donors around the world. Donations received have since gone to support over 640,000 refugees and internally displaced persons (IDP) in Yemen, Lebanon, Iraq, Egypt, Jordan, and Mauritania through cash assistance. In the short time since its launch, the Refugee Zakat Fund has also expanded its geographical scope of support to cover Rohingya refugees in Bangladesh displaced due to conflict from Rakhine State in Myanmar, in addition to allowing for the donation of sadaqah jariyah contributions.

This is a tremendous achievement that would not have been possible had it not been for the generosity of the Muslim communities. However, despite the outpour of support, more needs to be done to address the mounting needs of displaced people worldwide.

In MENA, where I am currently based, we are bracing for another bleak winter. UNHCR estimates that 3.88 million vulnerable refugees and internally displaced people will need help to get through it. UNHCR needs over US$220 million to provide life-saving assistance for these families to make sure that no one who needs help is left out in the cold. The situation is desperate. The importance of guaranteeing this assistance cannot be stressed enough. UNHCR’s winter assistance includes blankets, plastic sheets and winter clothes, as well as weather-proofing and repairs for shelters, in addition to providing seasonalcash assistance for families to meet their needs  during the winter months.

The needs are immense and the onus is on every individual to help make a difference. We at UNHCR will continue to advocate for the support of those most in need, and I believe, that in the near future, Islamic and other faith based philanthropic initiatives, will have a large role to play in finding sustainable and impactful solutions for those needs. 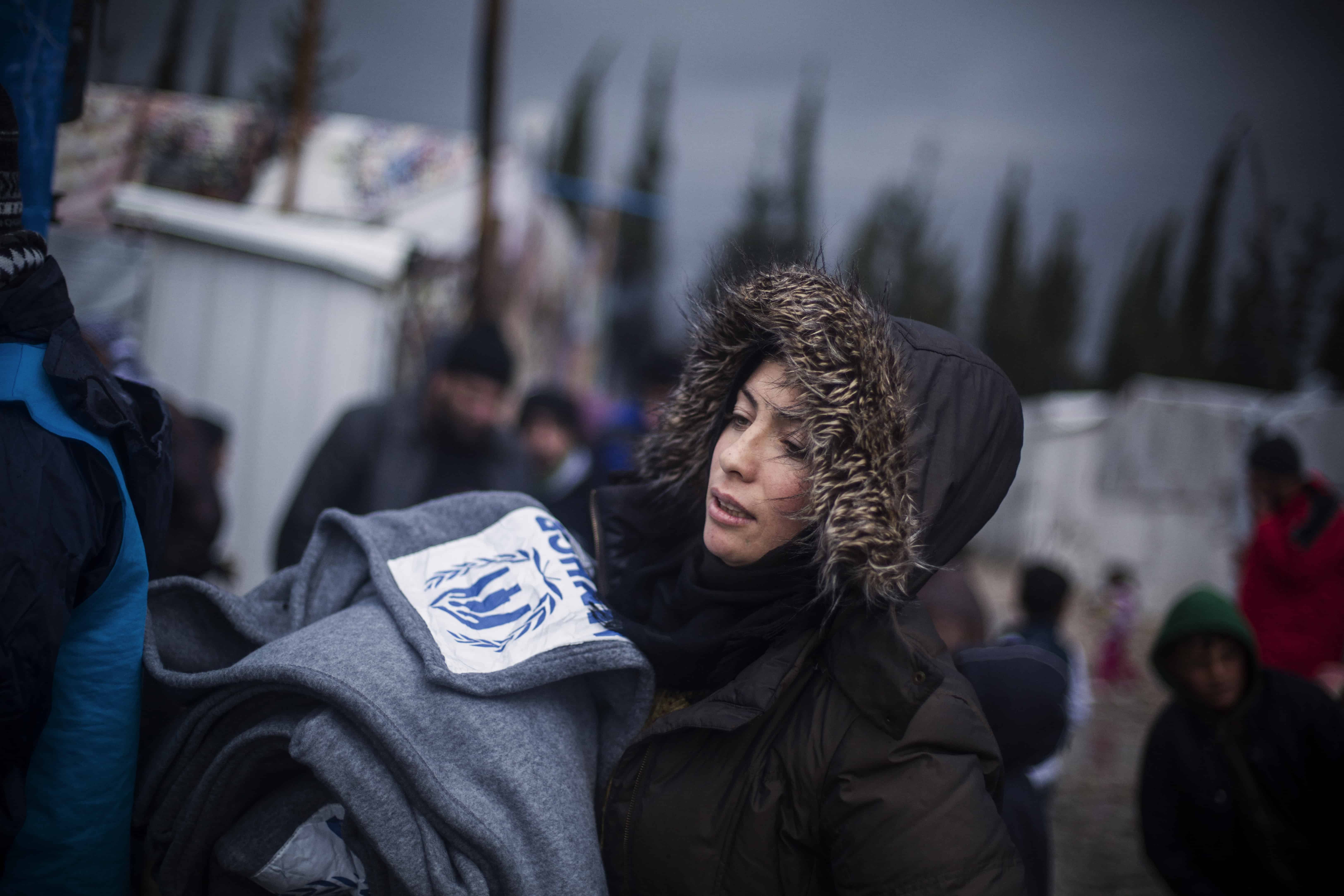 Worldwide displacement requires global solutions - UNHCR
This article is sponsored by UNHCR. It was first published in the State of the Global Islamic Economy 2019/20 report produced by DinarStandard and supported by the Dubai Islamic Economy..
https://www.salaamgateway.com/story/worldwide-displacement-requires-global-solutions-unhcr